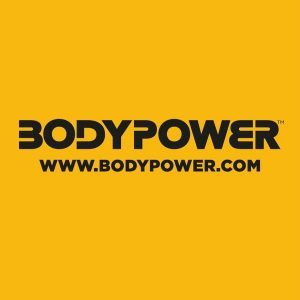 For any of you fitness people who have been taking the paleo lifestyle that little bit too far and actually living in a cave since 2008 you might have missed out on what has become one of the biggest fitness conventions or expos in the UK.  Over the last ten years the Body Power UK show has gone from strength to strength, taking over more and more of the NEC in Birmingham every May.

Not only happy with UK domination the guys behind the show have now taken the Body Power brand to India, China and South Africa with I am sure many more countries to add to the list in the coming years.  Although this is very exciting this review will stick to the brand in the UK, and my thoughts on the show.

When the show launched in 2008 it brought all the professionalism of a properly run trade show but filled it with the worlds of bodybuilding and strength sports.  This is really the first thing that I was majorly impressed with the first time I went to Body Power… the level of professionalism that went into the management of the expo itself.  When it came to this area of the fitness world I was used to going along to a range of bodybuilding shows, so was expecting something similar… But I was blown away with the set up!

It has been nice having gone to a number of the Body Power shows over the years to have seen the growth and development, it has gone from being a bit of an outsider show in the fitness world to being the must attend event for many in the fitness world.  With that there has been a growth in the number of and range of fitness ‘celebrities’ in attendance and the quality of the companies that exhibit.

BodyPower also hosts a number of contests and competitions each year, for many this is their first taste of being a spectator at events run by PCA, WBFF, BNBF, BPU and more recently British Weightlifting.  Basically if you would like to see those that are competing in terms of figure or lifting heavy stuff this is a great place to see a full cross section of this world.

Education is also another area that is on offer, I have been truly blown away with some of the quality of education that is on offer at Body Power and this is only getting better year on year.  I was coming from  more evidence driven background highly sceptical of the kind of education that is would be on offer.  But I have been greatly impressed by the overall lack of ‘bro’ science on offer.  Some of the amazing names that have been involved in the education events include Phil Learney, Ben Pakulski, Ben Coomber, and too many more to list.  I think this area is one that is vastly under rated and I would strongly advise that anyone attending Body Power should try and attend at least a couple of the talks that are taking place, pick the right ones for your goals and they can truly catapult your results.

Nutrition and more specifically sports nutrition (and by that we are talking supplements) is another bug draw for many of the attendees of Body Power.  Throughout the expo you have all the major and many of the newer supplement brands all promoting their lines of sports nutrition.  It is a good chance to have a try of different things snd see what you like.

Every fancied training with some of the stars of the world of aesthetics? Well Body Power introduced a gym area that allows the lucky few to train with and a few more to observe some of the awesome training some of the guys and girls at the top of their game.

Body Power is a great weekend, now spanning over three days.  I have never been disappointed in all the years I have been going.  Looking forward to seeing what the years ahead have in store for us all.  If the development over the last 10 years is anything to go by it should be awesome!

UK Fitness Conventions not to be missed!